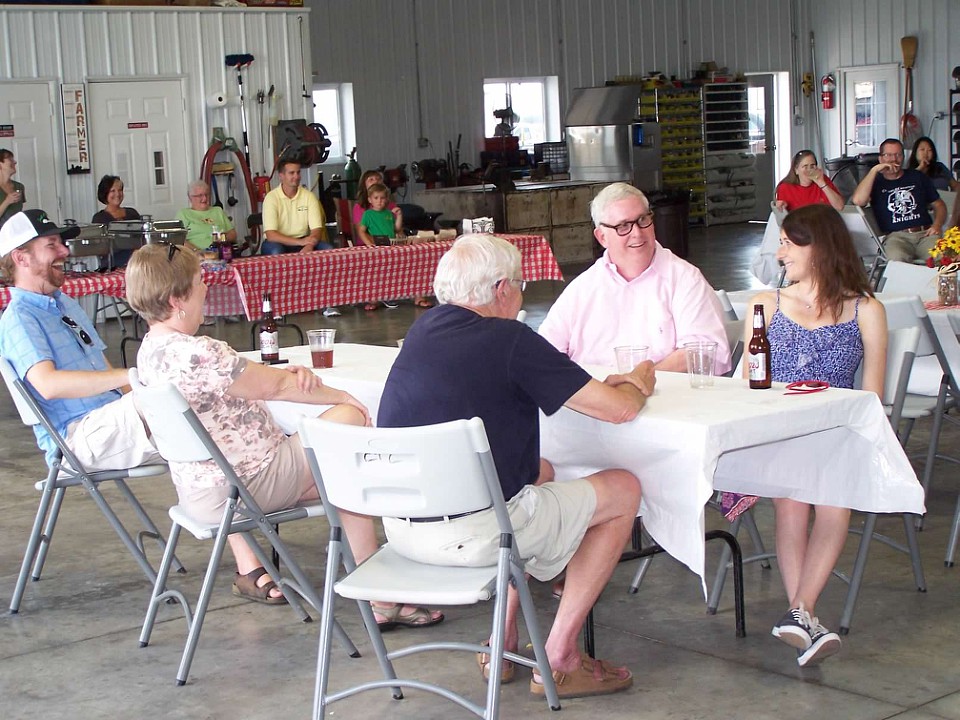 Our first planted corn reached full maturity over the weekend and is in the process of drying down.  It looks like we may be able to get the combine rolling by the end of the month.  The humid weather we had in late August has allowed for some stalk disease and rots to set in.  It should not effect yield but we may be forced to harvest corn wetter than we would normally like, just to ensure it is standing when we get there with the combine.  The beans still look good as well.  They achieved some pretty massive growth due to the ideal moisture they received in August, and not surprisingly, they have started to fall down.  We expect above average bean yields even with the sudden death and white mold problems that have shown up in the last week.  Both diseases have shown up later than we have seen in the past and their effect on yield should be much less than we’ve seen in recent crops.

As we get ready for harvest we are also preparing for the 2017 crop.  As most of you realize the outlook for the next few years is grim compared to what has been experienced the last five years.  Slowly input costs are adjusting downward and we are looking to change crop rotations and leverage new government conservation programs to reduce risk for both landowners and ourselves.

Thanks to everyone who attended our appreciation dinner.  It was great to get everyone together and catch up.  With out all of you as partners we couldn’t do what we do.  Thank you!!!

Planting Continues in Starts and Stops

Late Start to a New Year